The Story of
International InterVarsity

International InterVarsity is a community of international students and scholars at universities and colleges across the US ("InterVarsity" means "between universities"). We believe everyone should be valued as equals; people from every nation, culture, race, religion, and group are welcome!

We want to see students and faculty transformed, campuses renewed, and world changers developed. And we equip participants to grow personally, cross-culturally, and in leadership so they can make a difference in the world wherever they go!

Our leaders have been transformed by knowing Jesus and experiencing the joy and meaning he brings to their lives. They want to share their stories and hear yours, and give you the opportunity to explore whether following Jesus might be a path you want to consider.

What's your story? And how might our stories overlap? Let's find out! 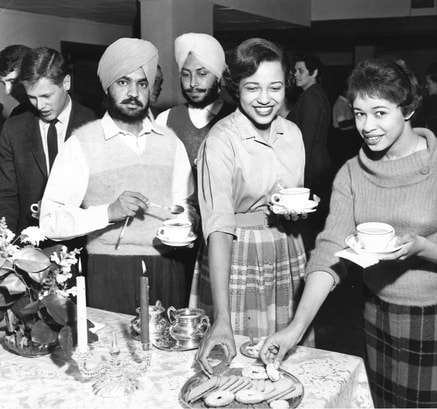 The roots of our movement are with students at the University of Cambridge, England, in 1877. There, a group of students began to meet together. Soon similar groups sprang up on other campuses. Eventually, they formed the British Inter-Varsity. Hence our name--inter meaning “between,” and varsity, the British term for college level students.

British Inter-Varsity sent Howard Guinness, a medical school graduate and Vice-Chairman of the British movement, to Canada in 1928. Students helped raise the money to provide Guinness with one-way passage to Canada, and they prayed for God to provide the additional funds he needed. Those prayers were answered, and he slowly worked his way across Canada, starting up and assisting student groups. 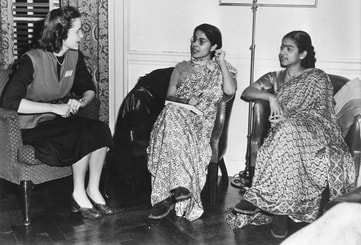 By 1937, the Canadians began to hear requests for help from students in the US. In 1938, Stacey Woods, the Canadian InterVarsity Director, met with students on the University of Michigan campus. As an immediate result of that visit, students formed the first InterVarsity chapter in the US in 1941. 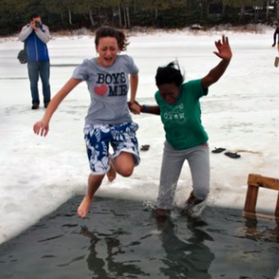 In the 1940s and 50s many international students participated in InterVarsity Houseparties at retreat centers during the Thanksgiving, Christmas, and New Year's holidays! Several of those continued every year through at least 2019. Here, two students jump into the icy water after warming up in a sauna during the Winter Houseparty at Cedar Campus in Michigan.

InterVarsity and Our Global Network 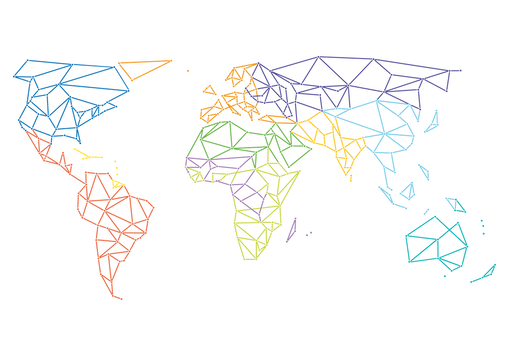 In 1947, InterVarsity became one of the founding members of the IFES. Today, the IFES unites InterVarsity with student movements in more than 160 countries! Some of you may have connected with IFES groups in your home country before coming to the US (each nation's group has a unique name). Also, this means we have a network of friends around the world that may be able to help you meet practical needs and connect you with new people if you move to another country after graduation. Within the US, InterVarsity has local groups on about 800 college and university campuses, so if you move for graduate school or work, we can likely introduce you to someone in many US cities and towns.
Connect with Us
Copyright © 2020 InterVarsity Christian Fellowship/USA
Privacy Policy  |  intervarsity.org  |  Terms of Use ​